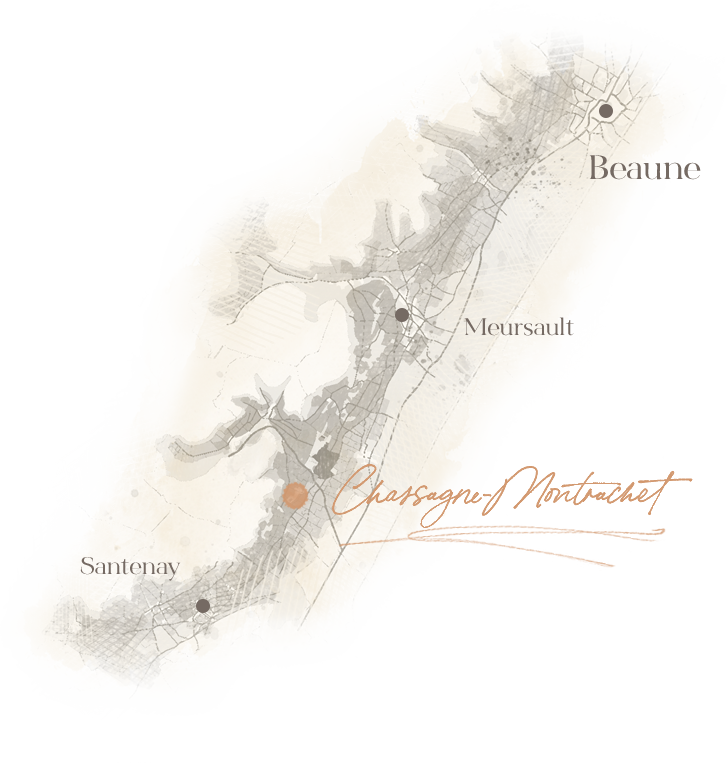 On the lands of
Chassagne-Montrachet

Domaine Philippe COLIN was established back in 2004. Today, it grows or farms 11.5 hectares (28.4 acres) of vineyards around the village of Chassagne-Montrachet, in the south Cote de Beaune.

The annual production is 90,000 bottles. Whites and reds wines are break down into 20 different appellations, giving you the opportunity to sample an outstanding wealth of terroirs.

How it all started

After studying viticulture and oenology at the famous viticultural high school of Beaune. Philippe dug into the family business in 1988, working with his parents at Domaine Michel Colin-Deleger located in Chassagne-Montrachet.

A few years later, his brother Bruno joined them. The whole family worked together for 16 years over an area of 18 hectares. Philippe took a lot from his parents and built up skills that turned him into a passionate wine-maker. The idea of setting up his own domaine grew in his mind as he was asserting himself more and more in the family business.

Consequently, when Bernadette and Michel decided to retire in 2004, both Colin’s brother made the decision to create their own business, in line with their different approaches to winemaking.

So in 2004, Domaine Philippe Colin came into being, thanhs to this ambitious winemaker who willing to carry on the legacy from his parents and grand parents, Andrée and Georges Deleger. The winery developed and became more and more reknown. Philippe surrounded himself with a good work team to help him in the different aspects of his job.

He also took over the Topiary vineyards in South Africa in 2015, where he started a new challenge. 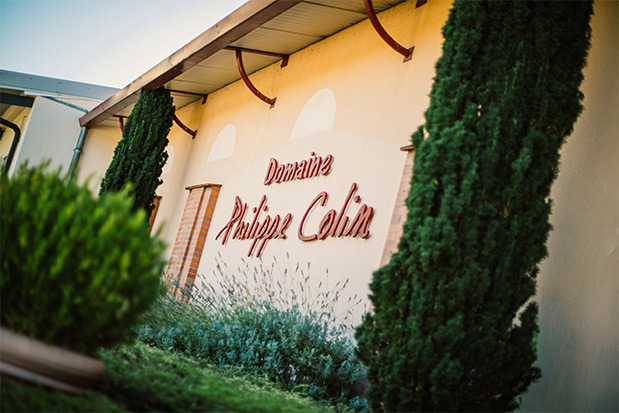 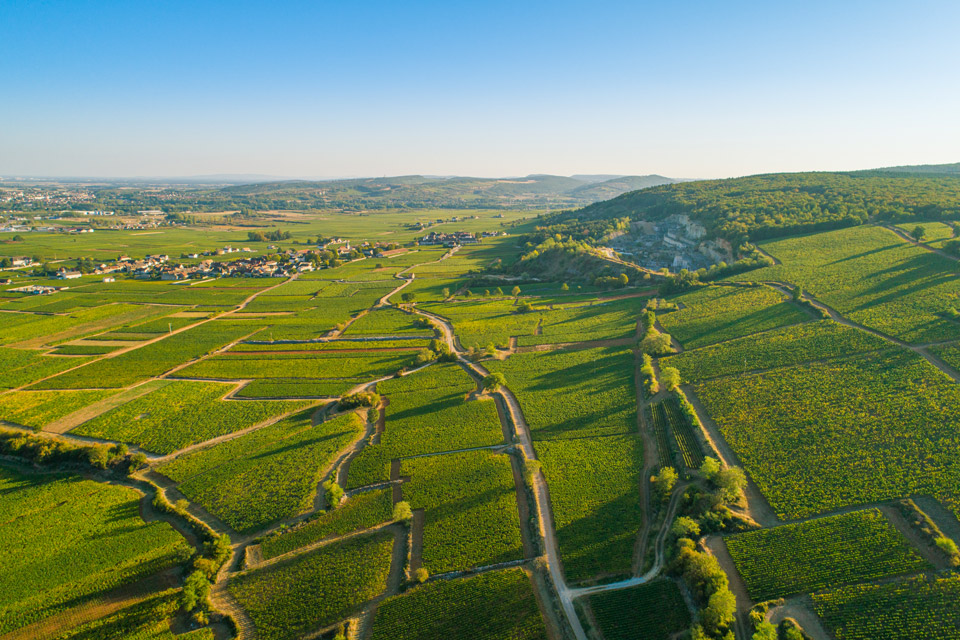 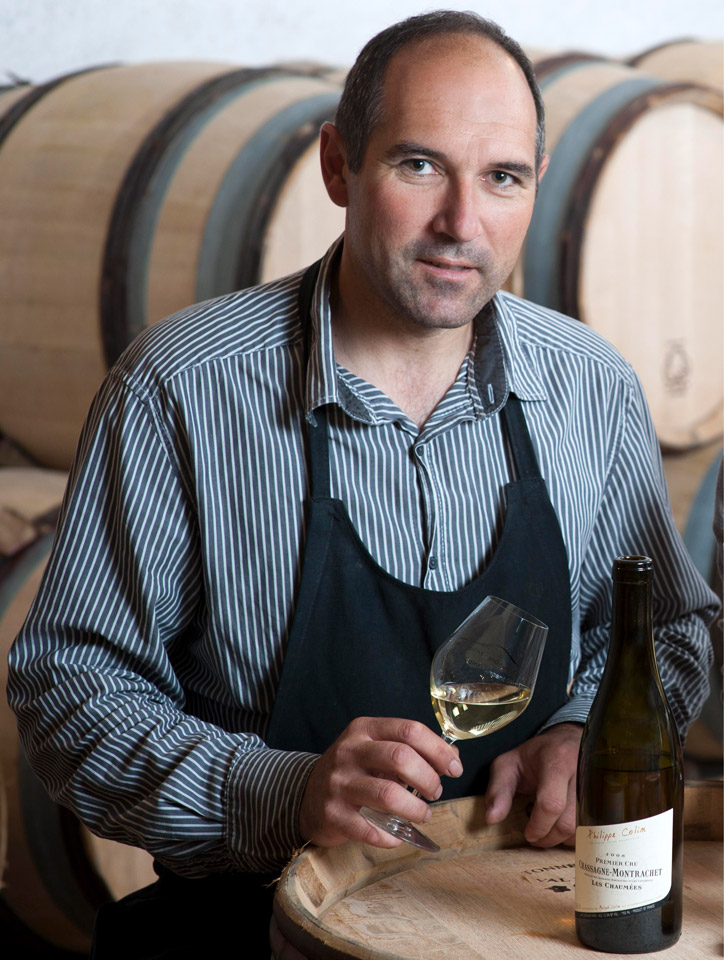 Working the Fields
In a Nature friendly Way

We have a very hands-off approach to viticulture, whereby we try to intervene as little as possible. The idea is to let Nature grow by itself and limit the use of phytosanitary products. Philippe Colin is here all year around to supervise the workers in the vineyards. We handpick grapes at their best maturity depending on the weather conditions and the yields.

We make taut, balanced wines with beautiful acidity. We use pneumatic press for slow and soft extraction of the juice. No over-ripeness here.

Ever since 2011, the cork has been pushed down an extra 2 to 3 mm at bottling, and topped with technical wax before shipping. This helps us to fight premox and preserve the wine’s integrity. We want every bottle in a case to taste the same!

Wines are fond of
Fruitiness and Freshness 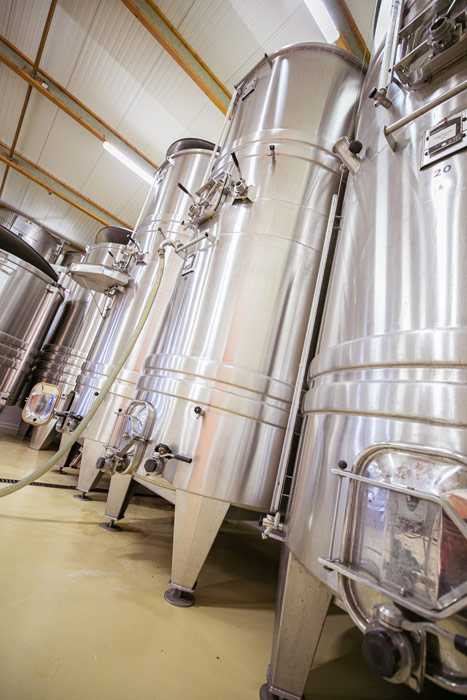 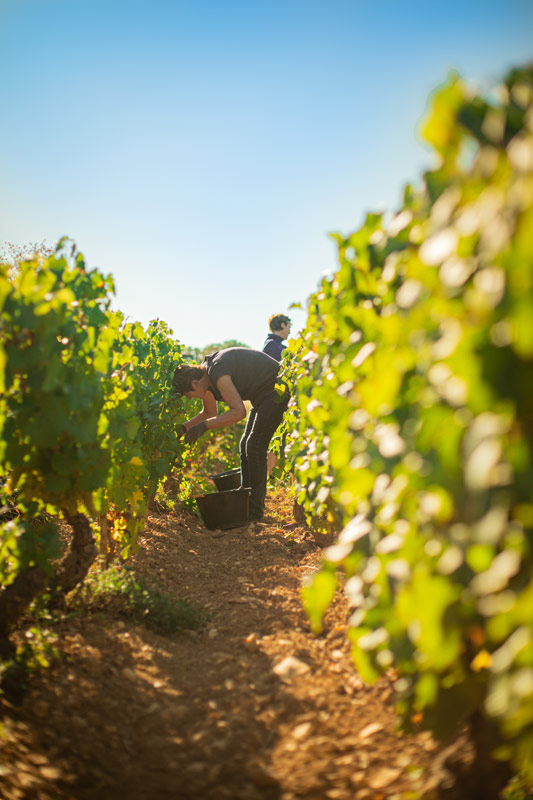 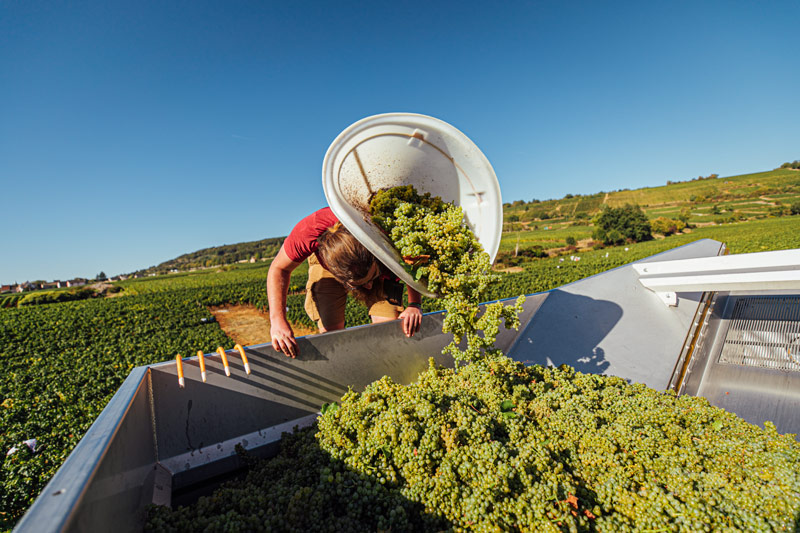 Ageing in Oak Barrels
for 10 to 15 months

We only use big barrels for the whites (450 and 500 liters) to limit the influence of the wood. We work with five different cooperages who provide us medium toast and fine grain barrels. We do some batonnage to add body and then bottle by gravity after a light filtration. 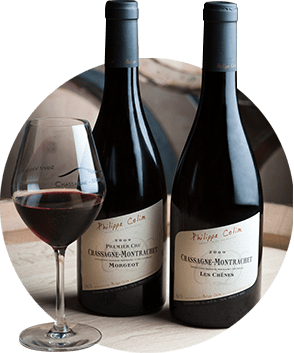 Click to read more on our 14 whites and 6 reds.